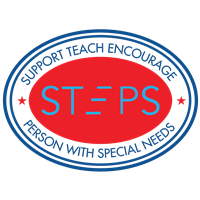 While Autism is thought to be a ‘newer condition’, histories and records have revealed that many notable figures in history may have been on the autism spectrum.  Although many reports are technically inconclusive due to the lack of a comprehensive history, many of them have significant evidence to at least point towards a person on the Autistic Spectrum.

Einstein had difficulty with social interactions, had tactile sensitivity, was very intelligent yet found his language difficult at times, and had difficulty learning in school.   It may have been that Einstein had such a hard time with learning in school because he did not have the accommodations and different teaching styles that many autistic children need.  Because of this, it makes perfect sense that someone so intelligent and full of ideas about the world could fall behind in school.  It also makes sense that, because of his social interactions with others, he found it difficult to get a job despite his intelligence.  Many of the individuals also  have a lack of desire for food and the same disregard for timeliness of meals as Einstein.  However, Einstein did not care what he ate and completed his meals with no complaints.  Many other autistics were very specific about the kinds, colors, textures, and smells of foods if they had any aversion to food at all.  His carelessness for the time or necessity of food rather than persistence on what the food he ate is slightly different than most autistics.  However, all autistics are different, and therefore it is indeterminant whether this should be classified as an autistic trait or not.  Einstein had a relationship with a woman whom he eventually married and had three children with.  The marriage seemed to have quite a bit of difficulty, but  the woman gave birth to three children with him.  However, although Einstein showed love and concern for his children, the  he could not stand for the children to touch him.  This, sounds very characteristic of an autistic.  It is important to realize that Einstein was very different and it was his difference that made him develop ideas that made him famous.  Therefore, his differences made him the celebrated individual he is today.  This should give us a second look at those who we consider different, and make us realize that being different is not a bad thing.  It is instead, something to be celebrated and accepted.

Mozart  reportedly had repeated facial expressions and unintentional constant motion of his hands and feet  It was also believed that Mozart’s hearing was very sensitive and intense and loud sounds made him feel physically sick.  Other reports indicate that he was excessively active.  Mozart was unable to carry on an intellectual conversation and existed in a careless and reckless way with impolite and frequent mood changes. It is reported that one day, Mozart was particularly bored and jumped up and hurdled over tables and chairs, meowed like a cat and did somersaults.  Mozart’s letters indicated a presence of echolalia which may be a way of communicating for autistics.  These characteristics indicate that Mozart could have been on the autistic spectrum.

Newton was very quiet and not very good at ‘small talk’, or typical day to day conversations.  He was extraordinarily focused on his work and had a hard time breaking away.  He was often so focused that he forgot to eat during these times of intense focus.  This is a trait very commonly found in autistics and this extreme focus often blocks out other things that would likely capture an individuals attention.  Newton was not good at keeping or making friends as he did not appear  friendly, nor did he know how to talk with individuals he did consider to be friends.  Newton also relied strongly upon routines.  For example,  if he had been scheduled to give a lecture, that lecture was going to happen whether there was an audience or not.

There is speculation that Thomas Jefferson, the third president and writer of the Declaration of Independence may have been autistic or have Asperger’s syndrome. Norm Ledgin, author of Diagnosing Jefferson, indicates that Jefferson was shy, had an inability to relate to others, had difficulties in public speaking and was sensitive to loud noises. Also, similarly to Einstein, Jefferson had a difficulty with his finances. Although he kept an accurate record of all of his transactions, he died in debt. He also had an obsession for remodeling his home and was very eccentric.  Jefferson had some “abnormal” tendencies including wearing  slippers to important meetings and always having a mocking bird that sat on his shoulder to keep.  This mock bird may have been an effort to keep him calm during social interactions. Unfortunately, due to a fire, there are no records of Jefferson’s childhood. Therefore, it is difficult to determine whether he may have had delayed speech or display any earlier signs of autism.

Michelangelo’s artistic genius may have been a symptom of autism.  Two doctors, Dr. Arshad and Professor Fitzgerald said, “Michelango’s single-minded work routine, unusual lifestyle, limited interests, poor social and communication skills and various issues of life control appear to be features of high-function autism or asperger’s syndrome.” Michelangelo had obsessional behavior, a fiery temper, and the propensity to be a loner which could be signs of autism.   Michalengelo was also obsessive and followed repetitive routines.  If he did not follow these routines,  it would create great frustration.   Michelangelo has been described as strange, without affect, and isolated, as well as being “preoccupied with his own private reality.” These characteristics may point to a diagnosis of autism and may have helped him become the creatively artistic individual he is famous for.